There are more than 320,000 public libraries around the world. Adding to this figure are thousands of academic, government, research, museum, ecclesiastical, special topic, film, and home libraries. The largest libraries on the planet, such as the Library of Congress and British Library, house more than 15 million books, artifacts, and archived materials each. A single incident of water damage in libraries can prove financially catastrophic, especially if the items affected are numerous, valuable or rare. When libraries pair climate control solutions with archival best practices and emergency preparedness, they reduce the need for water-damaged-book restoration and make a valuable investment in the institution’s future.

The Number of Books Affected by Water Damage

Because the history of libraries dates back to as early as 2600 BC and the number of libraries on the planet is so vast—the U.S. alone has at least 16,549 public libraries—it is difficult to quantify the number of incidents related to water-damaged documents. Historical data provides a glimpse into the damage that water and excess moisture can quickly cause.

When floodwaters infiltrated the Bibiloteca Nazionale Centrale in Florence, Italy, in 1966, it damaged more than two million volumes of materials and manuscripts, including 100,000 rare volumes from the Magliabecchi collection, newspaper collections, 50,000 folios of the Palatina, and the card catalog. The same flood submerged more than 200,000 volumes of books in the University of Florence. In 1975, floodwaters infiltrated the Case Western Reserve University Library in Cleveland, Ohio, affecting about 50,000 maps and 40,000 books. Water-damage-book restoration in this incident cost $540,000.

Floods are not the sole cause of water damage in libraries. Heavy rains in 2006 flooded the basement of New York’s Sidney Memorial Public Library. The 2004 tsunami in South and Southeast Asia nearly destroyed several libraries permanently. Hurricane Katrina in 2005 destroyed 23 public libraries and damaged 70 in Louisiana alone. A broken heating pipe in the Library of the Culture Palace for Nationalities of China caused hot water damage on nearly 21,000 materials, including ancient books. Incidents that also lead to water- and moisture-related damage in libraries include:

Mitigating damage to library documents begins with climate control. The seasonal fluctuations in temperatures and relative humidity levels that you feel throughout the year also affect books and other documents in a library, making them vulnerable to mold, mildew, brittleness and deterioration.

The best temperature for library collections that the public can access is between 68°F and 70°F. Some collections, such as films, may require lower temperatures. Relative humidity levels should range between 30 and 50 percent, depending on the materials stored. Because gases, mold, dust and particulates in the air can damage archived items, ventilation systems in libraries also help preserve collections. Rather than rely on HVAC systems, which are designed for human comfort, it’s best for libraries to use independent climate control solutions because they maintain stable, reliable ambient conditions throughout the year.

Of equal importance is an emergency preparedness and recovery plan. Such a plan helps you create optimal storage conditions, take immediate steps to protect books and documents when there is a disaster warning, and take appropriate actions for water-damaged-book restoration.

At AMRestore, our technicians specialize in creating permanent and temporary climate control solutions for libraries. We’re also the professionals that the nation’s leading libraries and museums turn to when they experience a disaster—including fires, mold damage and flooding—and require document restoration services. If a library experiences a disaster, it will receive AMRestore’s ‘round-the-clock priority services to minimize damage and disruptions. Don’t let your library’s collections fall victim to chance. Get ahead of a disaster with AMRestore’s comprehensive, affordable solutions. 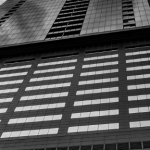 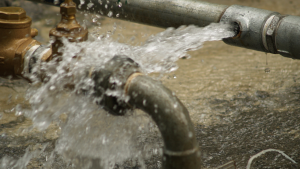 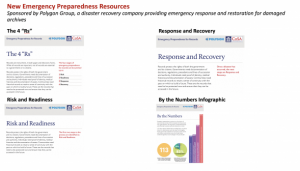 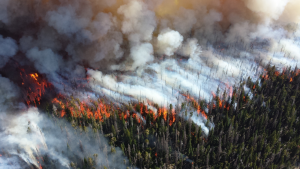 Planning for Disasters: Protection for Documents and Collectibles